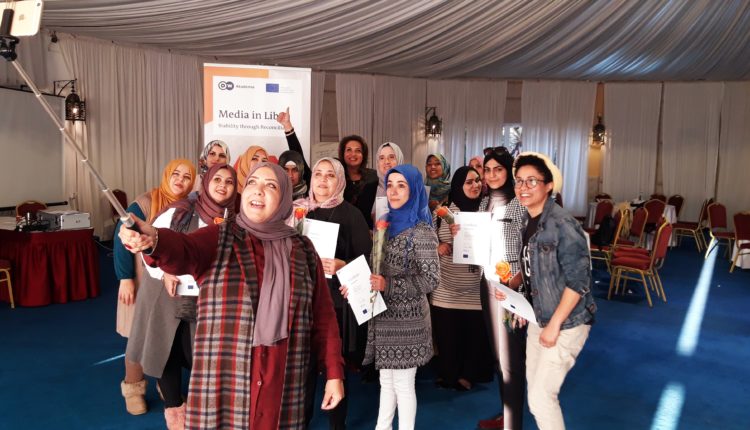 “It is a great opportunity for me, as a media practitioner, to acquire these new skills and knowledge of the role of media during crises, and understanding and taking into consideration women’s cultural backgrounds in feminist causes. I also enjoyed networking with other Libyan female journalists and media practitioners from all regions”, said the Libyan media practitioner Nada.

On International Women’s Day (8th of March 2019) DW Akademie concluded a training session revolving around the role of female media practitioners in conflict zones. The training was part  of the  project ‘’Media in Libya’’ funded by the European Union. It included 16 female Libyan journalists from all regions in Libya. The training was highly interactive and participants discussed the important and positive role played by female journalists in covering events in conflict zones and in participating in conflict resolution, building peace and reconciliation and in further defending female journalists, fighting discrimination and in accessing information. Participating journalist Mawada Abeya also reiterated her happiness and enthusiasm about the acquisition of new skills she did not have before. She also expressed her wish to use the training as a starting point for the creation of a new network including Libyan female journalists and defending their rights.