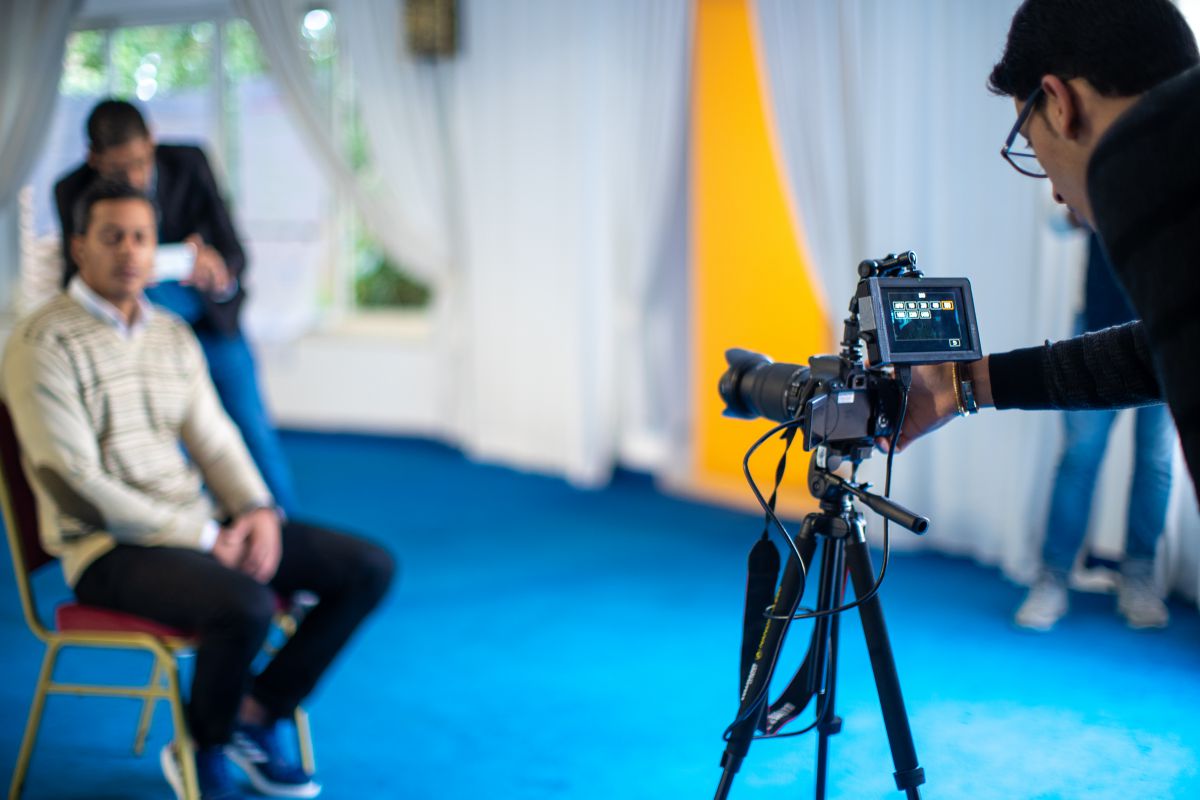 What will be one of the lasting memories of the first documentary film workshop that Deutsche Welle Akademie conducted in Tunis as part of its “Media in Libya – Stability through Reconciliation” project funded by the European Union? Undoubtedly the joint visit to the cinema. For many participants, it was the first time they had seen a film on the “magic screen”. This included of course a good portion of popcorn. Unfortunately, there were no documentaries to see, but five entertaining Tunisian short films, which contained all sorts of blood but just as many laughs. Although some participants haven’t been to the cinema yet, this doesn’t mean that they don’t see films or don’t have favorite films. For example, one of the participants gave his favorite would be “Dead Poets Society”.

This evening, however, was only the end of a week in which Libyan filmmakers were introduced to the world of documentary film. In a seven-part workshop series, the participants will produce a documentary made by Libyans for a Libyan audience. The 7 segments include 3 practical parts in Libya and 4 workshops in Tunis.

Of course, the young filmmakers should not produce a full-length film by themselves. Instead, their task during the workshop was to develop a short documentary of 8-12 minutes from their ideas. And they brought plenty from their home country. Starting from political, social and ecological to very personal problems, the range of the submitted drafts was wide. It was considered that the theme of reconciliation was to serve as a leitmotif for the complimentary film to be developed, which led directly to lively discussions among the participants. But as one participant put it, for him all the projects presented were more or less related to the reconciliation process in Libya.

During the workshop, the participants worked out their scripts, and it quickly became clear that in many cases more detailed on-site research was needed to complete them. The joint discussion of the various projects also helped the participants to formulate their ideas more clearly and to integrate missing aspects into their exposé. From the participants’ point of view, what helped most was the structuring of their cinematic idea through writing and discussion. In a flashlight which was about what they learned that day, they wrote down: “Script, script, script”.

Of course, as a European filmmaker one looks enviously at the Libyan colleagues who live in a country where ideas for good films seem to be abundant. But one must not forget that the Libyan population has experienced and still experiences great suffering. Perhaps the films will help to change that. So far it is to be hoped that these young filmmakers will be successful and that their films will in the long run contribute to trigger the reconciliation process in their country.

Addendum: When the group entered the cinema, as chance would have it, a poster of “Dead Poets Society” hung in the entrance hall to the cinema – what a nice coincidence!