Libyan fact-checkers raise alarm bells over disinformation ahead of elections 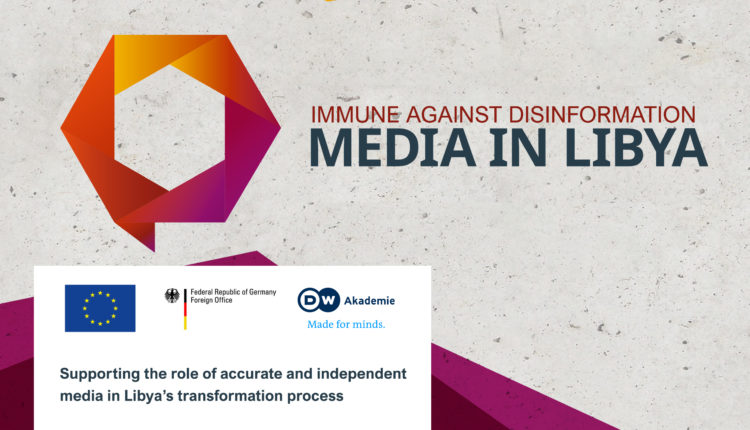 Stakeholders come together to fight online electoral violence in Libya In a virtual summit : Media and Elections: Disinformation and online violence during elections

All eyes in Libya and in the international community are on the upcoming Presidential elections on the 24th of December 2021. After decades of dictatorship and political conflict free and fair elections offer a unique opportunity for peaceful change in the Northern African country. At the same time, many observers point out the risks of new conflict and even renewed violence – and social media platforms have become an important battleground in the fight for political dominance.

On 30 November 2021 DW Akademie hosted an international conference to address these challenges. It was the first event of its kind to bring together policy makers, media professionals, civil society actors, tech firms and representatives of the international community at one virtual table. The half-day-conference was divided into two parts: a roundtable with presentations by guest speakers and a session on practical approaches to prevent online violence. It was part of the project “Media in Libya – Immune Against Disinformation”, financed by the EU instrument “NDICI – Global EUROPE” and the German Foreign Office.

In his opening remark Jens-Uwe Rahe, Head of DW Akademie’s MENA Department, said that countering the information war in the digital sphere has become the organization’s main concern in Libya over the past years. “Misleading information is spread by entire armies of bots and trolls and the number of Libyans stating that social networks are their primary source of information keeps growing”, Jens-Uwe Rahe explained to summarize the challenge. Edouard Belloncle, Program Manager at the EU Delegation in Tunis, stressed the European Union’s commitment to support Libya’s online fact-checking initiatives to tackle these problems. Supported by the EU, DW Akademie seeks to help Libyan initiatives in their efforts to meet global standards and become recognized fact-checking platforms on an international level. “All countries are victims of disinformation in social media. But it is even more destabilizing in countries in fragile situations such as Libya”, said Belloncle.

Tom Nvumba-O’Bryan, product policy manager at Meta, the social technology company behind Facebook, underlined the importance for social networking services to collaborate with regional experts and non-profit organizations to detect misleading information. So far, no Libyan platform has been certified with the International Fact-Checking Network (IFCN). Alerts are often communicated via the United Nations Support Mission in Libya (UNSMIL) or the United Nations High Commissioner for Human Rights (OHCHR). “We do not remove all false information in the context of elections, but we do remove content that could lead to voter suppression,” the Facebook representative explained the tech company’s approach.

Sami Al-Sherif, Head of the Media Centre of Libya’s High National Elections Commission (HNEC), also pointed out positive effects of online communication and the possibility to successfully fight disinformation attempts. The Elections Commission representative explained that despite all threats, attacks and frustration attempts almost 2,5 million Libyans participated in collecting their voting cards. “This is an excellent number and a lesson to all those who tried to induce a feeling of despair among Libyans through social media channels”, Sami Al-Sherif stated.

At the end of the sessions, Murad Blal from the fact-checking initiative Truth Seeking Center Libya (tscly.com) underlined once more that social networks must do much more than they are currently doing to intervene in the on-going Libyan information war. “Based on all studies Facebook has a lot of power in Libya – and it has an ethical responsibility towards the Libyan society”. Media professionals, international civil society representatives and policy makers agreed that the upcoming elections have a huge impact on the further political development of Libya – and that an important part of the question if the elections will be a success or not will depend on the Libyan social media space.

Call for Consultant/trainer on Media and Information…

“Media Awareness, to Raise the Efficiency of the Press…

Assignment Requiring the Services of an audio and video…

Administrator Sep 15, 2020
We use cookies to ensure that we give you the best experience on our website. If you continue to use this site we will assume that you are happy with it.OK