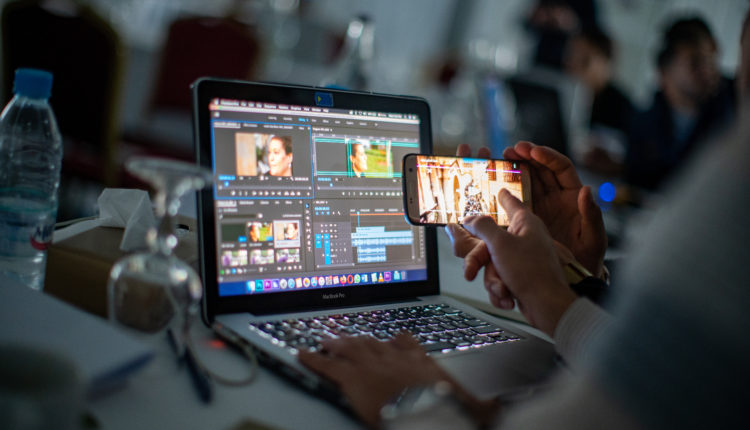 The selected participants of the 3rd part of the documentary film workshop, which the Deutsche Welle Akademie held in Tunis as part of its project funded by the European Union ” Media in Libya – Stability Through Reconciliation – “, must have felt like Sisyphus, the legendary King of Corinth. With their exposés they had managed to get invited to the following workshops of the Akademie. In order for them to realise their films, they had to rework and refine their drafts during the course. So it seemed to the participants as if the stone they had just rolled up would slip away from them shortly before they finish and fall down again. Without question a frustrating experience, but a familiar one for every filmmaker.

The efforts were not in vain in the end. The filmmakers were able to further elaborate their scripts and also better integrate the topic of reconciliation into their concepts. As a result, new short documentaries are now being made, which are set in almost all parts of Libya.

A central theme of the workshop was dramaturgy. This topic was already addressed by the participants during the 2nd workshop when they watched the film “Koka, The Butcher” together.

The film raised many questions among the participants: For example, whether all documentaries have such a stringent dramaturgy or whether the story was perhaps arranged by the filmmaker. This led to very fruitful discussions. We wanted to use this extensively in the current workshop to deepen the dramaturgical competence of the participants and therefore watched even more films than last time. And again we went to the cinema together and had a nice evening.

Once again, one film provided the participants with a special insight. The Lebanese film “And every day is better” about the everyday life of the Syrian boy Ahmad in Beirut present the spectators a very open structure, which leaves the viewer many possibilities to ask himself questions and reflect on Ahmad’s life. Thus the film is actually created in the viewer’s head and imagination and, as the subsequent discussion showed, it is different for each viewer. The film doesn’t really have a real ending either, but shows the protagonist exploring the city on his bicycle while doing his favorite pastime, and then leaves him abruptly. Ahmad’s future therefore remains uncertain, there are no speculations about it in the movie. This element, which involves the viewer in the storytelling, was an aspect that kept the participants very busy and was also discussed controversially.

So the stone that the participants had to roll up the mountain obviously became bigger and bigger during the workshop and rolled down again more and more often to stay in the image of the Sisyphus legend. But other than Sisyphus the participants were not acting out of compulsion. In India there is a similar legend. There it is Naranath Bhranthan who rolls the stone up the mountain again and again. But he does it voluntarily, because he enjoys like a little child how the stone rolls down the mountain again and again.