“Media Awareness, to Raise the Efficiency of the Press Narrative” 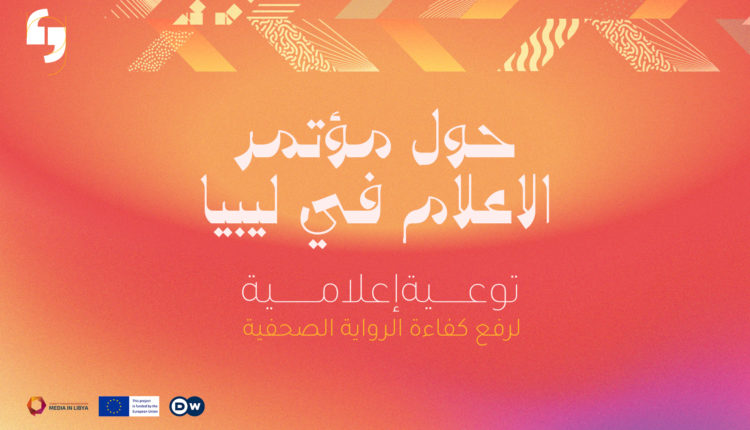 Brief about the Conference on “Media Awareness, to Raise the Efficiency of the Press Narrative”

The media environment in Libya was highly dynamic, as the political change in 2011 opened the door to various media outlets, and in the meantime, these media were accompanied by various and continuous conflicts during the period of their development, and thus affected the general media landscape in the country. This made the audience evaluate the scene and search for media accuracy.

In the context of the above, we note that there is an absence of the role of the press narrative that reflects the “local” societal stories on the ground, and there is a lack of public awareness that highlights the problem of distinguishing between fake and reliable news, especially in light of the spread of hate speech and the lack of professionalism and media principles that achieve sustainable peace before some.

Proceeding from media responsibility and based on the above, the Media in Libya  Project- Stability through Reconciliation, which was implemented by the Deutsche Welle Academy (DW)and funded by the European Union (EU), focused on the importance of the role of free and independent peace media in promoting the transformation process. In Libya, by supporting stability and reconciliation, as the presence of a media sector that works professionally and informed citizens is necessary to achieve sustainable development. Therefore, the project was keen to reach all Libyan regions and include various groups during its initiatives, which focused in particular on the media role of ethnic minorities, women and youth.

In the “Media Awareness, to Raise the Efficiency of the Journalistic Narrative” conference, we seek to enhance media culture by paving the way for a comprehensive media narrative roadmap in Libya through the participation of journalists, media experts and freedom of expression activists from all over Libya in interactive discussions and activities that contribute to enhancing the readiness of the Libyan media scene to support reconciliation and stability in the country.

The conference will include several seminars at the national and regional levels, practical workshops, and interactive and cultural activities; It will focus on the following topics:

-Strengthening the role of local and international media in raising public awareness.

-Determining best practices and solutions to the challenges faced by journalists and media outlets in accessing information.

-Motivating activists, journalists, and citizens to share the local narratives of their communities.

The conference will also enhance discussion with key stakeholders in Libya.

Follow us on the hashtag #MediaAwareness to find out everything new about the conference and participate with us in the “online” events.

Call for – an expert in fighting disinformation

Call for – an expert in fact checking

“Media Awareness, to Raise the Efficiency of the Press…

Administrator Jan 17, 2019
We use cookies to ensure that we give you the best experience on our website. If you continue to use this site we will assume that you are happy with it.OK