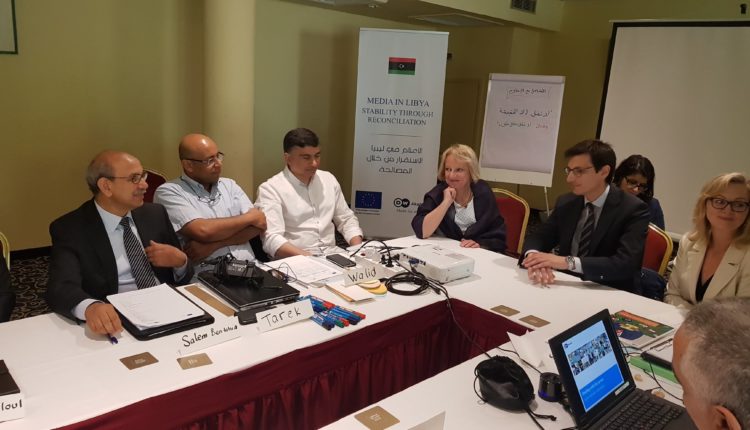 The local election cycle in Libya started in Zawiyah on May 12. It was peaceful but the turnout was low. The next call to vote will be just after Ramadan in Bani Walid and almost 100 other municipalities. Some of them never had a council before. Local councils are elected for a four-year term; for the most part, the last local elections were held in 2013 and 2014 and many mandates will soon expire. That is why Libya’s Central Committee for Municipal Council Elections (CCMCE), together the help of DW Akademie and the EU Delegation to Libya, are trying to raise awareness of how decentralization and local power can benefit citizens and help them to a better future.

In a three-day training held by DW Akademie, nine CCMCE members were trained to give statements and interviews in front of microphones and cameras. ”In the future I can deal with the press better. We did this despite fasting during the training,” says Seddik Abujrida, head of the CCMCE training department. Now CCMCE, DW Akademie and the EU Delegation to Libya are discussing further workshops to continue their new cooperation.